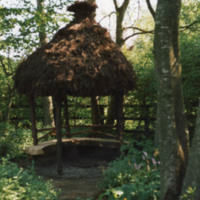 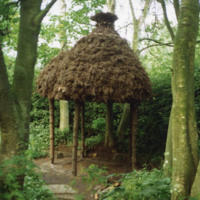 Root House before the seat was installed, this was to be Sybil's last major project. 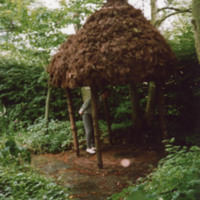 Root House with person inside 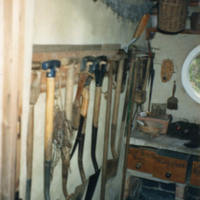 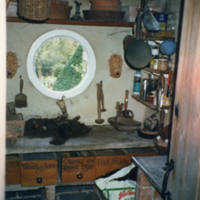 Potting Shed with view through round window, York Gate Garden 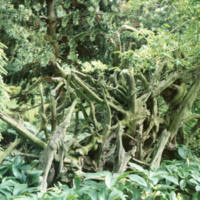 Fossilised tree roots, purchased by Robin at the Harrogate Flower Show, at the boundary between the Orchard and the Pinetum 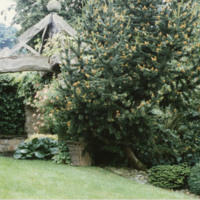 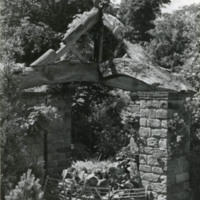 Arbour with trees in background
The Arbour lies between the Old Orchard and Pinetum, and was constructed from 2 wooden roof trusses which Robin obtained from a fire-damaged chapel in Armley. A local joiner mounted them on 4 pillars 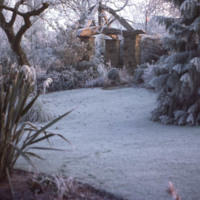 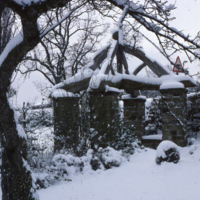