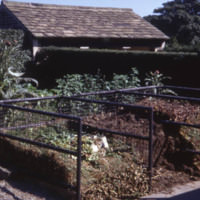 Compost bays behind the potting shed 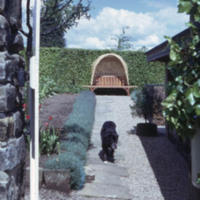 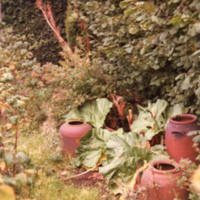 Rhubarb and forcers in front of beech hedge 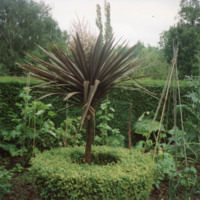 Early photograph of the kitchen garden, with bean supports and cordyline encircled by box hedge, and backed by the yew hedge which borders the herb garden. This hedge was planted by Fred Spencer in 1959 following a visit he and Sybil made to Hidcote… 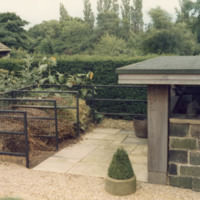 Compost Bays and Potting Shed with clipped box in pot.
In 1969, the Shed and Compost area was redesigned and constructed according to Robin's plans. Sybil's Potting Shed was given a makeover.
View all 5 items