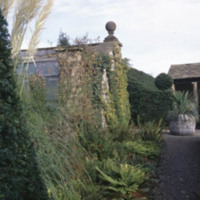 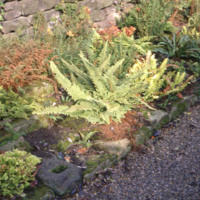 Close up of Fern Border, with gravel path in front and wall behind
The Fern Border was moved to its present site opposite the Yew Sail hedge in 1970 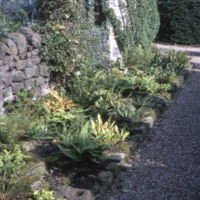 Gravel Path, with Fern Border against a wall on the left, Istrian Font in background 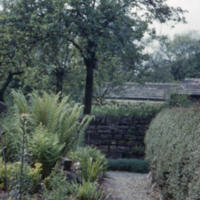