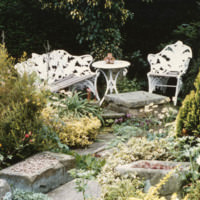 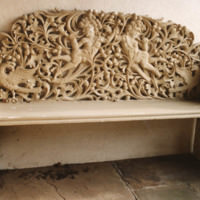 Ornate carved stone bench decorated with figures, leaves and fruit, in the Summerhouse 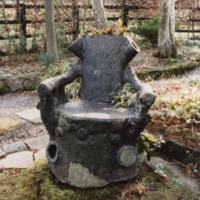 Fire clay tree armchair cast in shape of tree trunk and branches; in the Dell; stolen 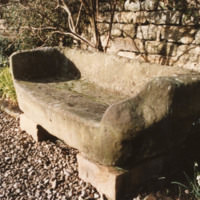 Carved stone bench with snowdrops, in front of the North Border by the wall in the Orchard Garden 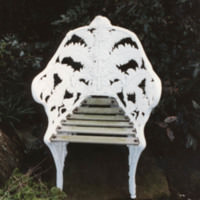 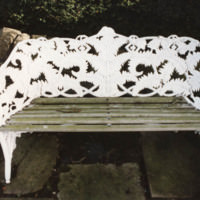 Wrought iron and wood fern bench with shell at side, in the Paved Garden 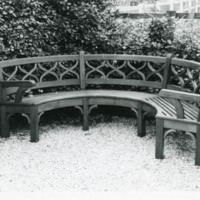 Curved wooden seat, designed by Robin, which stands at the end of the Alley 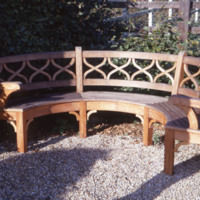 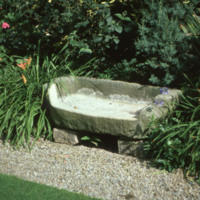 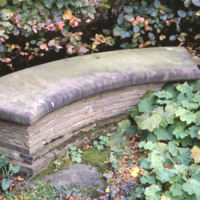