As well as amateur dramatics Fred and Sybil shared a love of horse riding and decided to try and find somewhere where they could keep their horses at home. In 1951 they bought York Gate Farmhouse along wih the farmyard and six and a half acres of land. After making some improvements to the house, they moved there in 1952, and started to create the garden we know today. Initially Fred was keen to keep some livestock too, but after a while this proved to be too difficult. 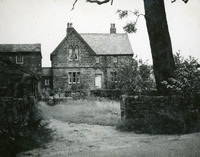 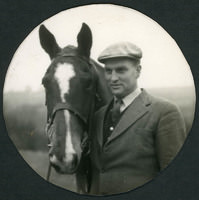 Fred with piglets in the farmyard

The farmyard and horses were sold in 1957, and after this Fred and Sybil, along with their son Robin, devoted much of their spare time to developing the garden. In doing so they were particularly influenced by Arts and Crafts gardens, which they'd visited, such as Hidcote and Kiftsgate. Fred started on the hard landscaping with help from Robin, laying out the fundamental structure of the garden, while Sybil turned out to be a talented, self taught, plantswoman.

Fred laid out the bare bones of the garden with walls, paths and gates 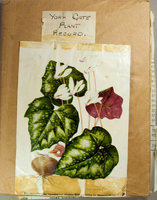 Sybil kept a detailed record, throughout her life, of plants acquired for the garden 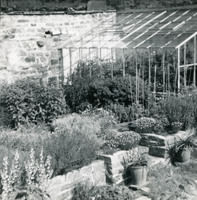 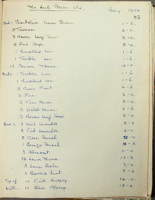 Her Plant Record Book lists the plants she bought for it 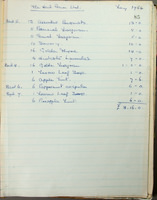 The book also specifies the beds the plants were bought for

Sybil's sisters gave them 8 Silver Birches to mark their Silver Wedding in 1956, while Fred and Robin marked the occasion by creating a pond in the Old Orchard 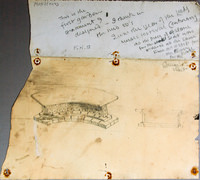 Fred's design for the stone seat known as "Mother's Tomb" and an accompanying note.

The Ktchen Garden is backed by a yew hedge, planted by Fred, following a visit to Hidcote and Kiftsgate with Sybil in 1959.

Following the sale of the farmyard a new herb garden was established. In 1963 Fred obtained planning permission to build a summerhouse, but didn't live to see it 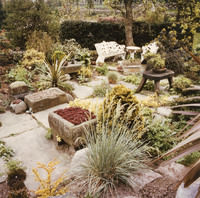 The paved garden was Sybil's idea and was created in 1963, it was to be one of her favourite places to sit 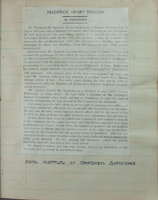 After Fred's death Sybil continued to live at York Gate, and she and Robin further developed the garden which Fred had laid out. In 1982 Sybil suffered an additional blow with the loss of her son Robin. She did however, with the aid of a gardener, continue to maintain the garden until her death on December 14th 1994. 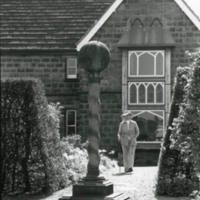 Sybil in the White Garden 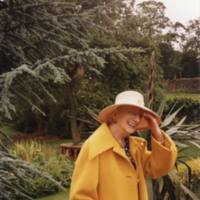 Sybil in the driveway 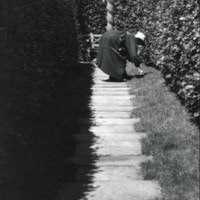 Sybil weeding in the Alley 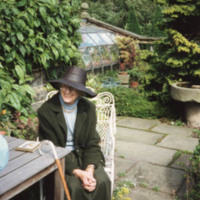 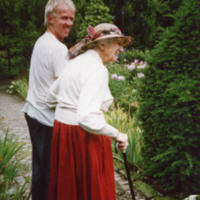 Sybil with her gardener, Brian Noble 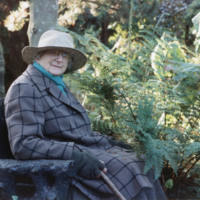 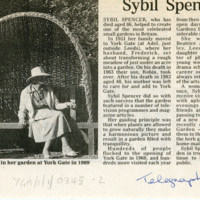