The Story of York Gate Garden 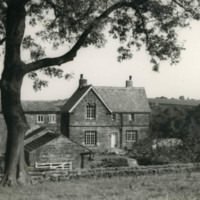 The area of Adel where York Gate Garden now stands was formerly part of York Gate Farm. In 1951 the farm was split up and sold, the house, farmyard and around 6 acres of land being bought by Frederick Spencer, a surveyor living in Headingley.

Fred, his wife Sybil and their son Robin were an ordinary middle class family with no training in either horticulture or design. As keen riders, part of the initial attraction of York Gate was as a place where they could keep horses, while Fred was also keen to keep a few farm animals. However they soon became absorbed in developing the garden and were particularly inspired by the gardens of the Arts & Crafts movement.

This exhibit, which consists of a number of pages, aims to show, using items from the York Gate Archive, how their hard work and enthusiasm resulted in the creation of the beautiful garden which is their legacy.

More photographs and documents can be found by looking in our Collections.

Clicking on the photograph on the right will take you to the first page of this exhibit. 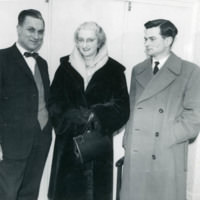 York Gate Garden was created by Fred, Sybil and Robin Spencer between 1951 and 1994. Untrained, but with great enthusiam, they were able to develop this beautiful Arts and Crafts inspired garden largely in their spare time.

The aim of this exhibit is to use items from the York Gate Archive to illustrate their life stories both with biographical information, and also with pictures and documents which show their characters and varied interests.

More photographs and documents can be found by looking in our Collections.

Clicking on the photograph on the right will take you to the first page of this exhibit. 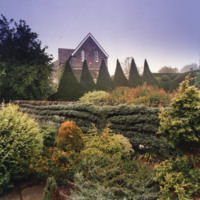 York Gate Garden was created between 1951 and 1994 by Frederick and Sybil Spencer along with their son Robin. The layout comprises a series of Arts and Crafts inspired 'rooms' linked by a series of vistas. As the garden matured, visitors were welcomed, both on charity open days, and for individual and group visits.

In 1978, Robin Spencer created a blueprint showing a plan of the whole garden as it was then (YGA00975). Following his early death in 1982, the draft of a manuscript he had written about the garden was discovered, and this formed the basis for a series of articles published in the journal Hortus.

In addition, this archive contains transcriptions of tapes recorded by Sybil Spencer concerning her life, including her time at York Gate (YGA00966 - YGA00974). She was also in demand as a speaker, and the scripts for several of her talks can be found in our Garden Documents Collection (YGA00828, YGA00940 and YGA00941).

This exhibit combines quotations from these sources with photographs in this archive, many of which were used to illustrate Sybil's talks, to create a tour, in their words, through the fourteen garden 'rooms' they created.

Clicking on the photograph on the right will take you to the first page of this tour.